In my travels, I’ve had the pleasure of speaking with dentists from all over the United States, Canada the United Kingdon and Australia. While there are a lot of differences I’ve found between the way we run our practices and the way they run theirs, I noticed one unifying feature. Regardless of where you are in the world, if you own and run a dental practice, your biggest source of success and frustrations comes from your team. So how come some practices have figured it out, while so many others struggle?

Imagine you’re driving a Ferrari down the highway. Sometimes, the driver of the car is your IQ. Sometimes, your personality takes the wheel. Many times there is conflict between the two. You may know – a.k.a. your IQ talking – that you should do this, because that’s how you’ve been trained. But sometimes your personality and motivations take the wheel, making you want to do something different. Haven’t we all had some version of that conversation in our heads? Well, to really understand Kolbe, we have to go back to the Ferrari, and you first have to ask yourself this question: “Can I take this Ferrari driving down the highway and start driving it off road?” You may, at first, think you can’t, but the truth is you can! You know or have been trained on how to drive it off road, right? Just turn the wheel, and there you go! Jumping hills, tearing up grass, dirt flying high in the air. You may want to drive it off road just to see if you can, for the excitement or thrill of it.

But let’s think about the Ferrari for a second. Is it built for this activity? What’s going to happen to this high-performance vehicle the longer you keep driving it off the road? Eventually, it’s not going to last, and it’s going to break down. Well, this is what the Kolbe A assessment test measures. It measures the car – or your natural strengths and instincts. To understand why the best of the best teams are successful in their jobs you have to ask yourself if it’s the way you’re built, the car (in essence), built for the job tasks and duties you’re required to do every day? Are you driving it on the highway, or are you driving your car off road? Your team member may know how to do the job, because they’ve had the training and experience thus far. They may want a job, because they need to support their family, but ultimately, if they’re not instinctively built for that job and given enough time, they’re going to break down. They won’t last. It’s this conflict that typically results in people calling in sick all the time. This conflict can lead to people working for you try anything to not do their job. Ultimately, they won’t last, as you’ll usually have to help them off the bus. They might even help themselves off the bus and quit.

What Does Kolbe Tell Me About Me and My Team?

The Kolbe A assessment measures your striving instincts in four main categories or action modes. Your fact finder (RED line) mode measures how you gather and share information. Do you strive for more facts and details to understand a concept, or do you strive to know just the bullet points? Your follow thru (BLUE line) is how you arrange and design your world. It’s about getting stuff done and implementing things. Do you strive to multi-task, or do you strive to start a task, finish that task and then move on to the next task? Your quick start (GREEN line) is a measure of how you deal with risk and uncertainty. Do you adapt quickly to change and uncertainty, or do you strive to maintain the status quo? Your implementor (YELLOW line) is about how you handle space and tangibles. Are you more of an abstract or concrete thinker? Every number is an instinctive strength and every number is perfect for you. There is no score better than another. It’s about understanding who you are at your core and doing things that work within your strengths instead of those that force you to work within your challenges. What Kathy Kolbe, founder and author of the book Conative Connection, has shown in her research is that if you are working in a job whose tasks or duties fall under your Kolbe Strengths, then it takes very little of your mental energy to do those tasks. Therefore, you’ll be more productive, efficient and happier performing those items. On the other hand, if the job task or duties go against your Kolbe strengths, then over 70 percent of your brain lights up with activity to perform those items and thus leaves you drained, unproductive and likely to burn out, quit or be fired from said job.

What Does It Teach Us About Our Team?

So when I stared in clinical practice in July of 2003, I joined an office whose office manager had achieved this role through her 15 years at the practice, mostly because she had outlasted all of the other previous employees. While she was really great at going in and talking to patients, finding out what barriers they had to accepting treatment and creatively figuring out a way to help them around those barriers to accept treatment, I discovered a major problem. I spent a lot of money that first year on creating marketing campaigns that helped converting new patient opportunities in my chair. That’s how I doubled the production/collections number that year from the previous year before I started. The problem I noticed is that our patient attrition rate dramatically rose. The patients I invested all that marketing in were now not returning for the hygiene visits. Being a curious person, I picked up the phone and called them to ask why.

What I found changed the course of our practice forever. They told me that while they understood why we were a fee-forservice office, they also understood that because we filed their insurance for them that they should have received a check from their insurance company directly, reimbursing them for what they spent in our office. The bad news I discovered was that while the patients were accepting of our payment policy, the insurance company wasn’t reimbursing our patients for what they owed them. When I dug into the WHY behind this, I discovered it was simple little things (like when my office manager filed the claims), some small details were off on the claim form. The birthday was wrong, the group number was off by a digit, etc.

All the ammo the insurance company needed to deny the claim or leave it outstanding in limbo forever. The next problem we had was that my office manager never created a system to track those claims and follow up to make sure our patients were getting their reimbursement money. The result? They stopped returning to the practice. Once I saw her Kolbe, I immediately knew what the problem was. It wasn’t that she wasn’t trained in how to file those claims or didn’t have the experience, because, after 15 years in dentistry at the front, she did. It wasn’t a personality conflict, as she wanted to do a good job for me and my partner and wanted to be the personality of the practice. No, the problem there, which I had never known until the Kolbe A showed me, was that she wasn’t instinctively built to do the job we had her doing. Thus the results we were seeing.

Knowing this, I educated her about her Kolbe results and drew parallels to the challenges we were seeing. I also showed her how we saw her strengths. She could identify barriers to patient treatment and would figure out how to help them get around those barriers to affirm treatment. Thus, I offered her a chance to give up the office manager role and move her to a different seat on the bus. The new financial coordinator role I created for her. While most might have fired her or chastised her for her results, I saw it for it was. I should have never put her in a position to fail. So what happened? She gave up the office manager role. I influenced her into a commission role and gave her a chance to double her income every month from the year before.

The first month in this new role, which fit her Kolbe strengths, the office increased production/collections by over $50,000 per month when it hadn’t grown in the last four years. That’s the power of what can happen when you get the right people in the right seat on the bus. When I talked to my office manager’s husband, six months after the new role had begun, he pulled me aside and told me that, at first, he didn’t agree with my decision and advised her not to take this new role and leave. She told him that she trusted me. I’d only put her in a position to succeed, and it was worth the risk. He then told me that it was the best decision and genuinely thanked me for doing it. He said, “I didn’t realize how much stress the job as office manager was putting on her, because she wouldn’t show it. That was her personality, but since she’s been in this new role, she’s been a better wife to me but more importantly she’s been a better mom to my son. I can’t thank you enough.”

I was already sold on Kolbe because of the science and predictive nature of it, but that solidified it for me and its power forever.
When Jim Collins talked about getting your people in the “Right Seat on the Bus,” Kolbe was the first assessment test I’d run across that was based in research and gave me language to describe why this person was going to be a good fit for this seat on the bus or why they’d be a better fit for a different seat on the bus or maybe why we don’t need to let them on the bus to start. That’s why the Kolbe is my go-to assessment when defining my team’s real strengths and what’s keeping us from being able to grow.

Dr. Christopher Phelps is a general dentist, amazon best selling author and entrepreneur with an active private practice in Charlotte NC. In his first 7 years of practice he grew the revenue of his practices by a factor of 10X going from 1 practice location to 4 locations. After selling two of those offices for profit, Dr. Phelps focused on maximizing the capacity of his remaining 2 practices and had 2 consecutive years of $1,000,000 revenue growth at each of the two practices, effectively collecting with 2 offices what he had collected when he owned 4 offices. A major part of this success was the Call Tracker ROI and Golden Goose Scheduling programs he developed out of his own marketing needs and issues. With it, he was able to increase his new patient numbers from 60/ month to averaging over 300/month; all the while decreasing his marketing expenses by 74%. In addition, Dr. Phelps is a Cialdini Method Certified Trainer (CMCT) and an expert in how to use the science of influence and persuasion to solve the problems in the dental practice.

The Future of Dentistry

Dental Entrepreneur is the informational hub that provides the insight, knowledge, and data to empower you to make informed decisions about your professional future. 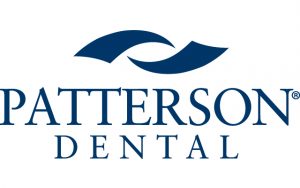